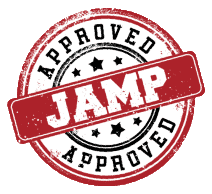 Political career: He serves as Member of Parliament for St. Andrew South Eastern (2011 to present); as Shadow Minister of Finance, Planning and the Public Service as well as Chairman of the Public Accounts Committee. Mr. Robinson is also Chairman of the PNP’s SE St. Andrew Constituency. Mr. Robinson served as General Secretary of the People’s National Party (2016-2020). He also served as Minister of State in the Ministry of Science, Technology, Energy and Mining, and Deputy General Secretary of the People’s National Party. MP Robinson currently serves on the following Parliamentary Committees:

Profession: He was a Management and eBusiness Consultant in London, where he worked for international firms IBM and Scient. He is a Former JAMPRO Manager for Investment Promotion.

Civic Activities: He served on a number of executive boards, including the boards of the Jamaica Urban Transit Company, the Factories Corporation of Jamaica and the Kingston and Montego Bay Freezone Company, the HEART Trust/NTA, the Institute of Sports and as a member of National Advisory Committee on Local Government Reform.

Education: He is a graduate of Hope Valley Experimental Primary School, Campion College, The University of the West Indies, Mona (BSc in Management and Economics) and University of Illinois at Urbana-Champaign in the USA where he obtained an Masters in Business Administration.